“Be Here Whenever is a perfect circle of nine creations by Danielle de Gruttola (Cello), Henry Kaiser (Guitar), Benedicte Maurseth (Hardanger Fiddle) and Stein Urheim (Guitar). It is music filled with the intense mindfulness that comes when one is confronted by nature at its most awe-inspiring, those places where one becomes acutely aware of how small they are within this world, never mind the cosmos beyond its thin atmosphere. ” – Jazzland Recordings

The album was recorded in Oakland, CA in October 2019. 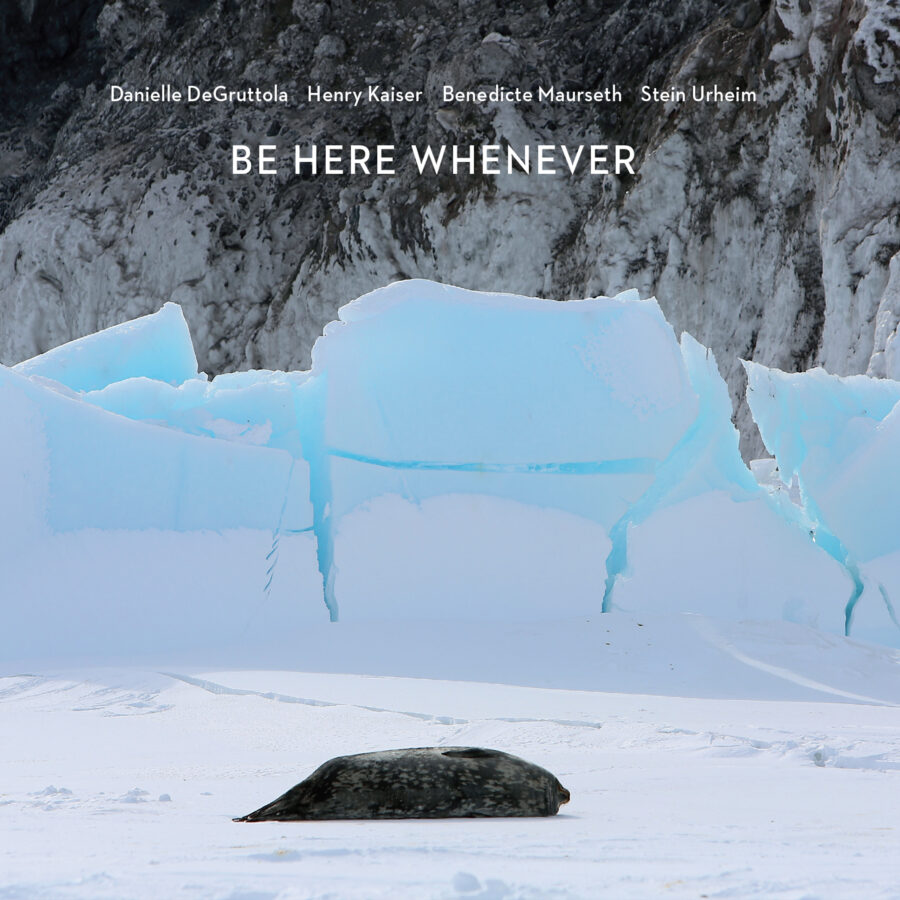 Available on CD and digital:

Fragmentarium will also do a concert 25th of September at Musikk i sentrum in Tønsberg, NO

Hildo will do a concert at Musikk i sentrum in Tønsberg as well the 23th of September,

Voices, Strings & Timpani will be on tour in Norway this fall releasing a new album:

Really grateful for all the good reviews and radio play of the Downhill Uplift album lately. Folk Radio UK said this:

«Downhill Uplift is the sort of album that will sound different every time you listen to it, and while it takes inspiration from a cluster of well-worn genres, the way those genres are meshed together seems entirely novel. Like many great albums of its type, it seems to come from a strange, unearthly place.»

Everyone – take care – be safe and well out there in these strange times!

This upcoming February (11th-16th), I will be on tour with Erlend Apneseth´s Fragmentarium in the western part of Norway. The music was originally a commission piece for last year´s Kongsberg Jazzfestival. We will play 6 concerts as part of Vestnorsk Jazzforum/Stamvegen.
Tour schedule:
https://vestnorsk.jazzinorge.no/2020/01/20/bestillingsverk-pa-tur/
The Fragmentarium album will be released on Hubro Music soon.
More info here:

The ensemble will also play at Oslo Jazzfestival in August.

In March, Jørgen Træen and myself will present new music under the name Krympende Klode as part of the Borealis Festival in Bergen on the 5th of March
Info: https://www.borealisfestival.no/2020/shows/krympende-klode-en/

Hildo will also continue touring in March with 5 concerts, both in western Norway and Nasjonal Jazzscene, Oslo. Info: https://nasjonaljazzscene.no/arrangement/hildo/

In May I will play a solo concert as part of the Nutshell concert series at Nattjazz, Bergen.
Info: TBA

Downhill Uplift is available now both as vinyl/CD from Hubro ( https://steinurheim.bandcamp.com/album/downhill-uplift ) and on digital platforms.

Really glad to see that the songs are already appearing on a number of radio playlists around Europe this month – and last week the British magazine Freq gave it a mighty fine review:

«… This is a real unexpected pleasure of an album that is filled with surprises and fluid, harmonious musicality. Downhill Uplift isn’t a Western album as such, but it is hard to categorise it all. Just allow its subtle charms and melting pot of ideas to befriend you.» ( http://freq.org.uk/reviews/stein-urheim-downhill-uplift/ )

and last month it even made it to Textura´s top 3 general-list!

Here´s what they wrote:

Experiencing Stein Urheim’s unadorned guitar artistry is a treat all by itself, but Hubro has outdone itself in supplementing the vinyl release with a forty-page score and tablature. Presented in glorious detail, the booklet enables aspiring musos to play the tunes with the record or for non-guitarists to follow along and gain an enhanced appreciation for his fingerpicking. The thirteen tunes are short, but they’re packed with detail and inspiring touches that speak to Urheim’s command of his instrument, for this recording a hand-made acoustic built after a model of the Selmer jazz guitars from the ‘30s”

“John Fahey barely made it into the 21 st century, but his influence looms as large as ever. Stein Urheim, a guitarist from Bergen, Norway, is merely the latest to commit his confrontation with Fahey’s legacy to wax. He tips his hat to  The Yellow Princess and other recordings of that vintage in this album’s accompanying book of tablature, but even if he hadn’t put it down in writing, you could hear it in his playing. Urhein is no rooky. He’s been recording with various bands since around 2004, working with singers and playing jazz, but this is the first time he’s anything quite like this. Urheim seems to be drawn to Fahey’s most virtuosic and lyrical work, and he has the chops to back it up, but also the performative confidence to let the music develop in its own time rather than chase after it. One has to put a bit of yourself into the music if you want to transcend the “sounds like Fahey” blanket that covers so many American Primitive guitar LPs. Urheim gets this, and he doesn’t take the easy way out by, say, applying his bluesy, acoustic picking to rustic themes or folkloric sources. Nor does he go for Fahey-esque textual obfuscation or faux-mythologizing. Instead he incorporates some samba gestures into the tunes, keeps them pithy and presses them on vinyl (by no means an assured thing on Hubro, which usually markets music via CDs and the internet). The album title proclaims this music’s simplicity, but Urheim’s is not simplistic so much as clear.”

The album made it to “The Best of Bandcamp” for September:

“Guitarist Stein Urheim’s kaleidoscopic display of harmonics is about as riveting a work of art as anything else you may encounter. On his solo projects, like his excellent 2014 self-titled release and the equally lovely 2016 release Strandebarm, he employs an electric array of instruments, including the slide tamboura, fretless bouzouki, Turkish tanbur, mandolin, and others. His newest recording is held in stark contrast in its complexity, and that speaks to the heart of the commission that drove it. A solo acoustic guitar with no overdubs is an open window into the soul of a Stein Urheim melody. It is meant to reflect an element of communal living, represented by both the intimacy of the music. In that same spirit: music charts accompany the limited-edition LP version of the recording, so that others might play along.”

Check out the new album here:

Also a score with tablature with beautiful design by Yokoland available in limited edition from Hubro Music.

Currently on tour with Hildo and Blått Svev (both have new albums out) this fall and spring 2020.

– Had a good time travelling and doing concerts and festivals in the Milan area and Edinburgh last year. Thank you very much for having me and my music.

– I did two new recordings of solo material in the fall of 2018, written in Berlin during the summer. The first one for solo acoustic guitar `Simple Pieces & Paper Cut-Outs´, is just finished and will be released this spring as both an album and as a 40-page score on Hubro. The second was recorded in Oslo in December and will be mixed this spring. It is a collaboration with great musicians Ole Morten Vågan on upright bass, Kåre Opheim on drums and percussion and Hans Hulbækmo on drums, percussion, vibraphone and flutes.

– We just recorded the project `Hildo´, commission for Rikscenen and last year´s Vossajazz with Tore Brunborg and Berit Opheim, and we will be touring Norway in February and in the fall. Here´s a link to the first part of the tour: https://vestnorsk.jazzinorge.no/2019/01/18/hildo/

– I´m also looking forward to new collaborations with Erlend Apneseth this year, both theater music at Riksscenen,  https://www.riksscenen.no/jon-fosse-nokon-kjem-til-a-kome.6169335-477502.html, a new recording in April featuring the great trio Moskus, and a commission piece for Kongsberg Jazz Festival in July.

– Frode Haltli has asked me to step in as a guest musician at his commission to Vossajazz 2019, https://vossajazz.no/arrangement/avant-folk/, and at Jazzahead in Bremen in April, looking very much forward to that too.

– Excited to play at this upcoming event of free improv at Bergen Kjøtt in February with the lineup of Jon Irabagon, Per Jørgensen, John Hegre, Nils Drønen and myself: https://www.facebook.com/events/814764258878607/

Check out pictures from the concert at Bergen Kjøtt here:

Will play a duo-concert with Mari Kvien Brunvoll at Victoria Nasjonale Jazzscene next saturday: 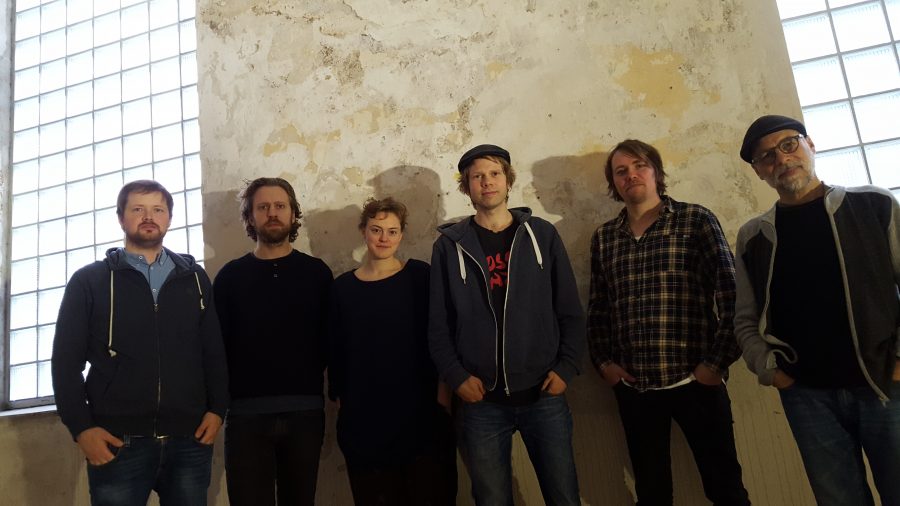 «Utopian Tales offers the listener a series of heady out-of-body experiences
without the need to spend hours in a floatation tank.» – Record Collector

The new album, Utopian Tales, will be out on Hubro 18th of August.

Tomorrow, the 4th of February, I will be opening Ida Helland-Hansens excellent, brand new exhibition Feltarbeid at art Gallery Langegården with a mini concert, presenting solo material from earlier recordings as well as the upcoming release.

The concert starts at 1pm, and will be performed on an acoustic guitar with special artwork made by Ida.

Since it´s been a while, here comes a little update on some of the things that happened last fall:

at the Peace Academy in Jondal last August,
and at a Japanese no nukes arrangement at Litteraturhuset (House of Literature), Bergen

– The Strandebarm album featured on the Quietus best of 2016 album-list.
Lots of really good reviews in other forums as well (check out the press-page)

– Been working a lot in the studio to record and mix material for a new album, based on last year´s commission work for the Voss Jazz festival

– Just been to the studio with Erlend Apneseth and band, performing Nattsongar, a commission for last year´s Førde folk festival, due to release this upcoming spring

We´re playing 6 concerts with the ensemble in April/May:

– Quite a few local jazz club-gigs coming up, tribute to Ornette Coleman, groups with saxophonists Helen Eriksen and Kjetil Møster and others,
And more school concerts with Per Jørgensen and Frank Jacobsen

Wishing everyone a decent and meaningful new year!

Article in The Quietus 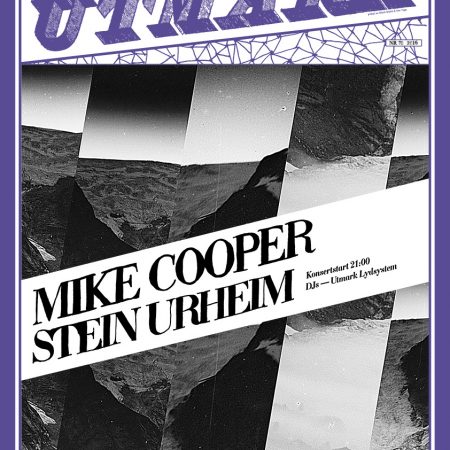 14th of May: Old store at Fosse, Strandebarm, NO

Really good reviews on both commissioned work and the new solo album: 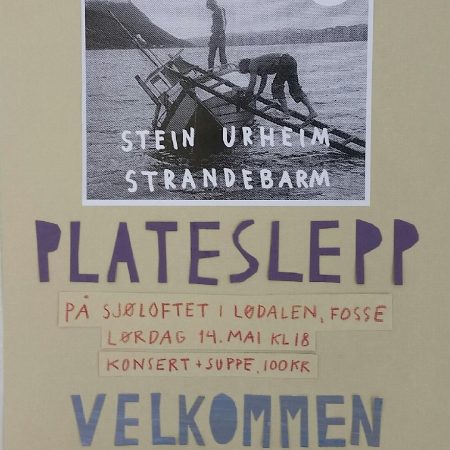 14th of May: Release concert, new solo album, the old store at Fosse, Strandebarm, NO

28th of August: In-store concert at Robot, Bergen, NO

The third duo-collaboration with Mari Kvien Brunvoll will be released in August on Jazzland Recordings.

Check out our newly updated website for more information: http://steinmarimusic.com/

Check it out here: http://preparedguitar.blogspot.com.es/2015/06/stein-urheim-13-questions.html

Really good reviews on the new album! Check out the Press-page.

Album of the month in Canadian magazine Textura.

Videos from the concert at Bergen Jazzforum available at the brand new Video-page.

-Friday 23rd of May: mini-concert at the opening of the art exhibition BÅRD BREIVIK. HISTORY – Tårnsalen/KODE 4, Bergen, NO